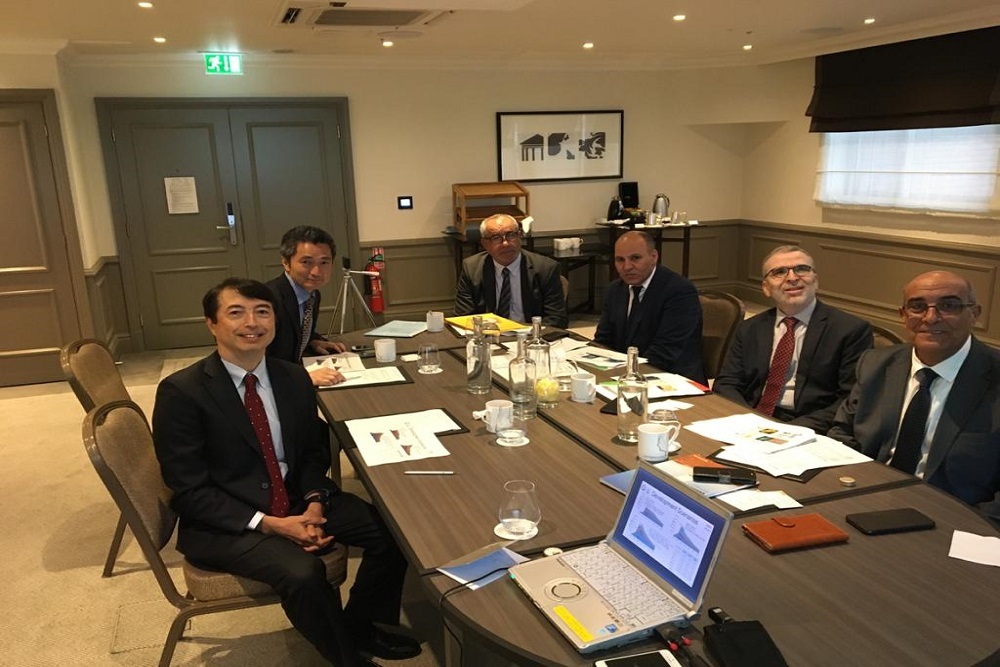 National Oil Corporation (NOC) chairman, Eng. Mustafa Sanalla, met on Wednesday, January 29, 2020 with the Japanese consortium in charge of studying the development of concession 47 in the Sirte Basin (Beda and Haram Fields) in accordance with the Memorandum of Understanding signed in 2009. The consortium presented a detailed presentation of the results of the study and the optimum development plan, accompanied by the development strategy for Beda and Al-Haram fields to raise production rates to about 80,000 barrels per day (bpd). NOC expressed its satisfaction for what the consortium presented and made some observations that were taken into consideration. The consortium will present a modified development plan in the coming days, along with a proposal for the contractual relationship type. The fields that are the subject of the study are currently producing less than 10,000 bpd. Additionally, Al-Haram oil field has not been put into production since its discovery in the 1960s because it contains heavy crude oil. The meeting was attended on behalf of the NOC by Eng. Abulgasem Shengheer, NOC board member for exploration and production; Dr Khalefalah Ibrahim, general manager of Legal Affairs and Mr Mohammed Abdullah Al-Shaibani, head of the Study Follow-up Team. The meeting was also attended on behalf of the Japanese consortium by Koichi Nakagami, technical director in charge of Middle East, Africa & Europe Project Division at Japan Petroleum Exploration Co (JAPEX); Mr. Ryuhei Murayama, head of Middle East, Africa & Europe Projects Division at Japan Petroleum Exploration Co (JAPEX); and Mr Masahiro Matsuura, managing director of Sojitiz Global Trading Nigeria Ltd.