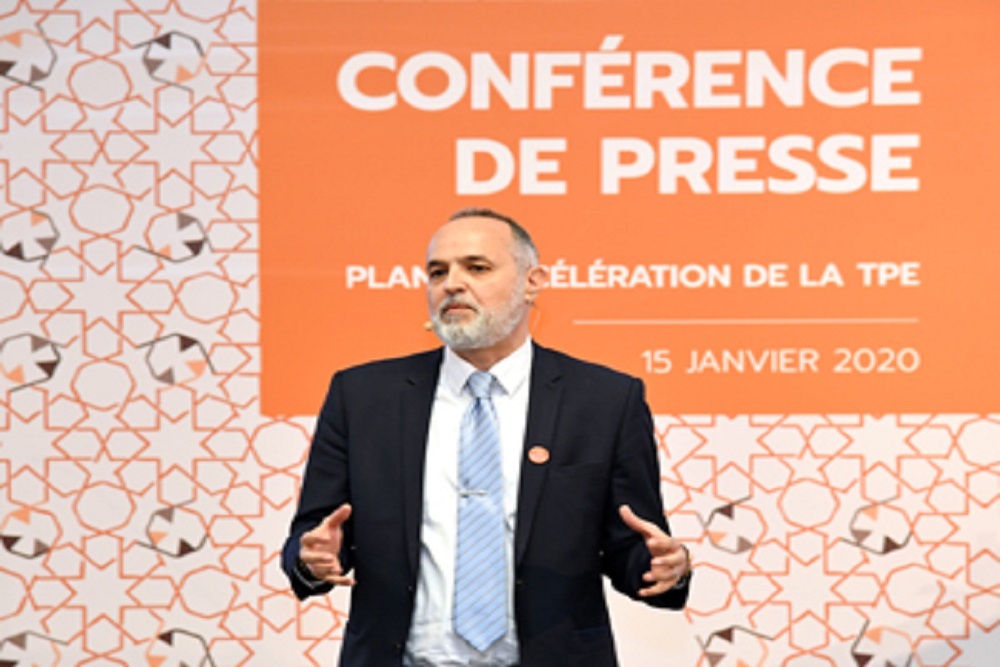 True to its primary mission as an institution actively engaged in the socio-economic development of Morocco and its regions, the Banque Centrale Populaire (BCP) group announces the mobilization of all of its vital forces to support, accompany and energize the entrepreneurial fabric Moroccan.

In addition to a comprehensive offer specially developed to support the creation and development of entrepreneurial projects, the BCP group has launched - in partnership with local authorities - a broad program of economic inclusion of TP E and self-employed entrepreneurs. nationwide.. And as a sign of recognition and deep consideration for Moroccan entrepreneurs who "roll up their sleeves" every day to create and develop their projects, the BCP group will launch this Thursday, January 16, a campaign communication which aims to reaffirm all the particular attention paid to entrepreneurs who are the pride and wealth of the Moroccan economic fabric.

With a unique organizational model, supported by its Regional Popular Banks (BPR), the BCP group has made support and development of the Moroccan entrepreneurial fabric a primary vocation. Since its refoundation in 1961, it has indeed contributed greatly to the development of the economy of the territories and at their head regional entrepreneurship; becoming over the decades, the leading banking player in collection and credit in almost all regions.

Fully committed to breathe new life into the acceleration of entrepreneurship development, the BCP group will articulate its strategy in favor of very small businesses around 3 key axes:

In order to offer entrepreneurs and project leaders comprehensive and quality support, Banque Populaire has digitized its internal processes for granting credit to VSEs. It also provided high-level training for its sales force, which made it possible to extend the support capacities of VSEs to all Banque Populaire branches across the Kingdom.

1 st banking network in the country with nearly 1,500 branches, Banque Populaire has an organizational model of proximity through its eight regional Banques Populaires, which constitute real economic powerhouses territories. This unique approach is today consolidated by the designation of a national network of 181 agencies entirely dedicated to VSEs.

Banque Populaire also mobilizes the network of its Attawfiq Micro-Finance foundation, a foundation of public utility which offers project leaders financial and non-financial support which secures the creation process of companies, thus enabling hundreds of thousands of citizens, mainly women, to get out of precariousness through the creation and development of their activity. Attawfiq Micro-Finance's contribution goes far beyond financing, since training cycles in the various dimensions of entrepreneurship are also provided in the 500 branches that make up its network.

3 - ENTREPRENEURSHIP: PARTNERSHIP WITH THE REGIONS FOR AN INCLUSIVE ECOSYSTEM

Banque Populaire has embarked on a series of initiatives with different Regions to create inclusive ecosystems capable of accelerating the development of VSEs and effectively supporting project leaders. To date, two agreements have been signed between the BCP group and the Oriental Regions on the one hand, and Marrakech-Safi on the other. Other conventions are in the process of being finalized. In partnership with the Regional Councils, the Wilayas and the CRIs, these agreements aim to support the entrepreneurial fabric and support investment through solutions in the fields, among others, of land, industrial and commercial premises and financing.

In addition to strengthening its strategy dedicated to entrepreneurs, the BCP group has launched a multi-media VSE communication campaign, through which the Bank pays tribute to those entrepreneurs who "roll up their sleeves" on a daily basis, determined to undertake, to succeed and grow.