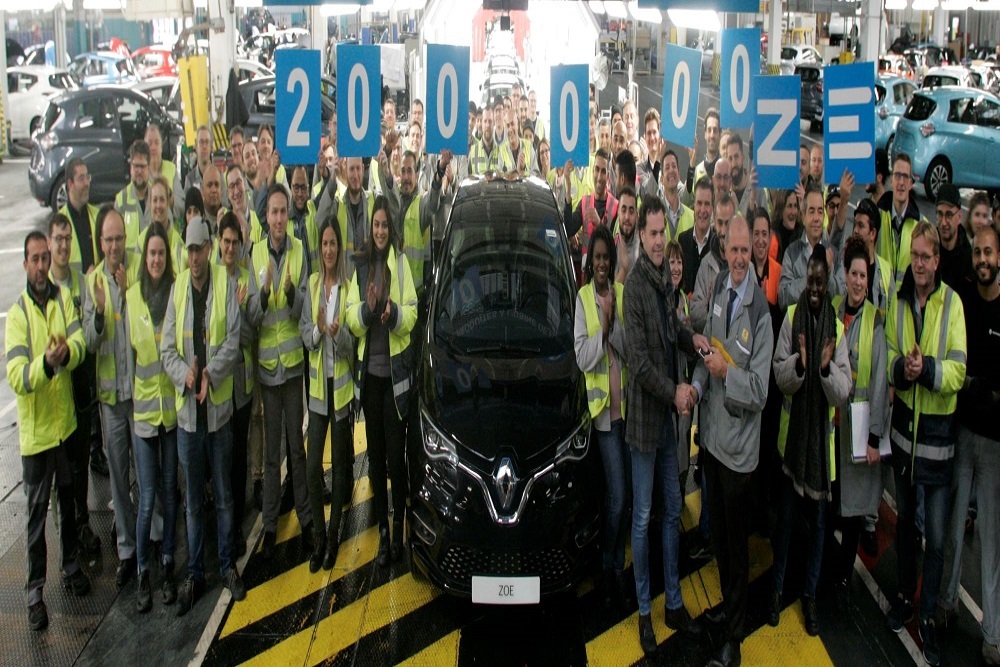 On November 25, 2019, the Renault factory in Flins sur Seine in the Yvelines has passed a symbolic course. At 15:10, the 200,000th electric vehicle to be manufactured there, a Renault ZOE , left the production line. To mark the event, the lucky owner came specially from the Netherlands to receive the keys of his vehicle from the factory manager.

On November 25, 2019 at 3:10 pm, a new Renault ZOE, Intens version, black star, was released from the production line of the factory Flins sur Seine (Yvelines) to applause. This model is the 000th 200 produced electric vehicle on the site since 2012, the year of the start of production of the Renault ZOE 1 st generation.

For this special occasion, the lucky Dutch buyer and the manager of the Renault dealership where the sale was concluded were invited to Flins in the Yvelines. Jean-Luc Mabire, Plant Manager, symbolically handed the keys to this new ZOE to his proud owner.

THE FLINS PLANT: AN EMBLEMATIC PRODUCTION SITE OF THE GROUP

Since its creation in 1952, the Flins Renault site has produced more than 18.3 million vehicles. It is the only manufacturing site in the world, within the Renault Group and the Alliance, the Nissan Micra since 2016 and Renault ZOE since 2012. From 2012 to mid-2019, 179,149 ZOE were manufactured, with double digit annual growth in production. Since July 2019, more than 15,000 new ZOEs have been manufactured in Flins and delivered to their owners in more than 25 countries in Europe.