EL MASSA: The first winners aspire to a better Algeria 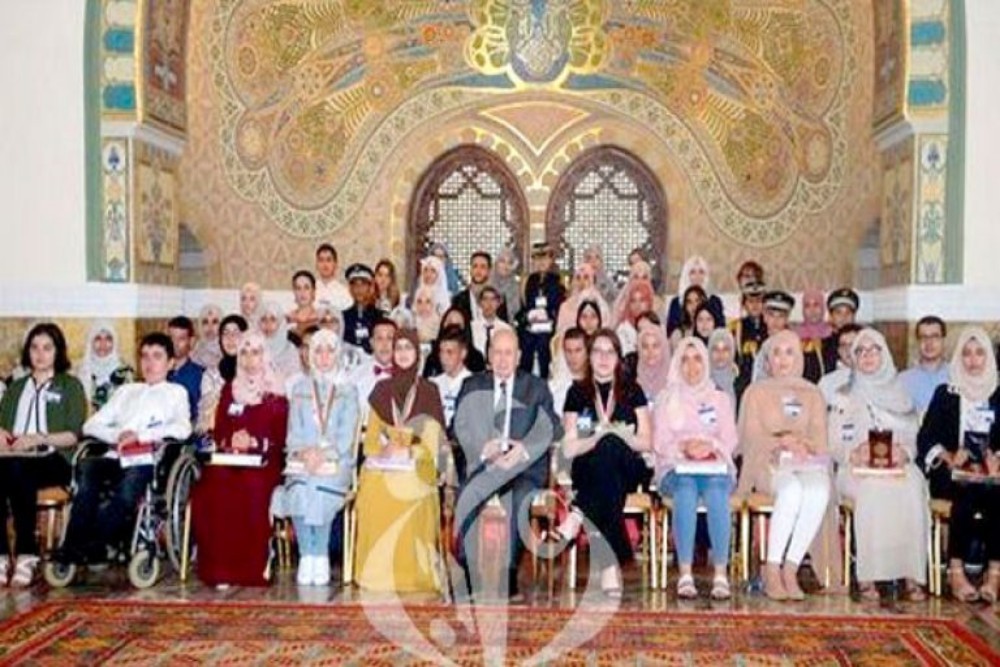 The first winners of the baccalaureate exams, which were honored by the head of state, Abdul Qader bin Saleh, confirmed that getting them at the highest rate is "the result of a collective effort", expressing their hope to contribute to building a " better".

In this regard, the first national excellence student Bonab Labiba from the state of Calima received an average of 18.75 experimental science division on the sidelines of the ceremony, she was very pleased to be honored by the President of the State on this occasion attended by senior officials in the state and members of the government. She stressed that «success does not come by chance, but is a continuous effort extends across all years of schooling», noting that it received the «first place in the middle school certificate of education rate of 19,26».

The student said that her curriculum was characterized by «seriousness and determination and determination to get the first ranks». She explained that she found in it, «support and accompaniment by the teachers and the small family».

As for her ambition in the future, she indicated that she would choose the university's medical department, "for its noble side and for the parents' desire." She said: "The choice of the division is important, but the most important is to study with passion, love and mastery whatever the chosen department." "The ultimate ambition is to contribute to building better and better islands," she said.

For his part, said the first winner in the category of special needs student Mukhtari Mohammed Ryan of the state of Algiers, the average rate of 17,83 experimental science, feeling that after the honor of the President of the State «undefined», stressing that «excellence was the result of continuous work And a collective effort, in which the family members and members of the educational family at all levels, in addition to the will that was the motivation and motivation to excel in the study ».

As for his special condition, the student explained that «there are great difficulties in the study of people with special needs and even in their daily lives», stressing that «some schools are not ready to receive these students; forcing them to choose institutions at the expense of other reasons for non-educational, and to communicate with the administration before entering school ; In order to provide appropriate conditions ». He added that this reality «may be inhibited in most cases, but in my case was a catalyst to meet these difficulties and raise the challenge for the joy of my family». He called for «better equipped educational institutions, in order to facilitate the study of students with special needs».

Mohammed aspires to complete the postgraduate studies in the field of computer science, specializing in information security, in order to "develop a national information protection system, enabling Algeria to assume a prominent position among the developed countries in the field of personal information security." He also expressed the hope that the treatment of his condition (spinal cord atrophy) will be available in Algeria, because it is currently available only in Western countries because of its high cost, stressing that undergoing this treatment will change his life "completely".

The first winner at the level of the schools of the nation's cubes, Muhammad's student, who attained the average of 17,97 at the National School of the Nation, in Oran, expressed his "great" pride in representing the National People's Army, thanking the army leadership, which "provided all material and human resources for To facilitate the study of the cubs, and to achieve impressive results every year ».

On the secret of the superiority of these schools, he said that "the work and discipline that characterizes the general framework for the formation of the cubs of the nation, is the main factor for this success," stressing that the schools of the nation's cubs «working to teach the same curriculum provided by ordinary schools, but the system of military , Allowing a high concentration. As well as the physical potential and human competencies instilled in the students the spirit of perseverance and dedication ».

The daily program of teaching - according to the nation's nucleus - includes "compulsory review periods of more than two hours after work on a daily basis. The departments are also open in the night time for those who want to study individually or collectively.

The student praised Mohammed's "human element" that framed the students, which "is characterized by high efficiency and long experience; teachers are selected for more than 20 years of professional experience."

As for his personal ambition, Shibl said that he aspires to join the preparatory school for the studies of an engineer in Ruweiba and to develop his qualifications within the military establishment in order to serve the homeland.