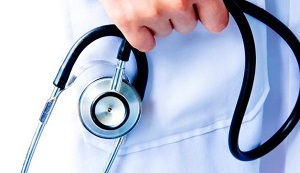 In Algiers, doctors are assigned where to work by the government. | File photo

Last week’s strike by thousands of resident doctors across Algiers that raised the issue of hospital working conditions in the North African country is poised to be an ongoing protest until their demands are met.

Those demands include “pedagogy, security and the status of the resident,” according to Dr. Abderrahmane Belaha, a resident physician in general surgery of Sidi Bel Abbes, who was quoted in the French-language newspaper El Watan.

According to an El Watan article, Belaha claimed that doctors and other care providers in Sidi Bel Abbes were under threat of attack every day, with little recourse either from hospital managers or law enforcement.

“Once, the head of security of the hospital of Sidi Bel Abbes told us clearly: ‘We do not protect doctors but the properties of the state,’” Belaha said in El Watan. “And to (clarify), more than 70 percent of resident doctors are women.”

In Algiers, doctors have little career freedom — they are assigned where to work by the government, according to Dr. Ammar Rekmouche.

"This compulsory service is spent under catastrophic conditions, especially if you are posted in the south of the country or in the Highlands,” Rekmouche told El Watan. “And it is only after having completed the civil service that the doctor can have his final diploma and begin his projects.”

Besides safety, other targets of the strike include the training and status of residents, according to sources quoted in El Watan. Some said practical training recorded in students’ log books was secondary to passing examinations, when the reverse should be true.

"Unfortunately, the training of doctors is not what it was a few years ago,” Karim, a pharmacist resident, told El Watan. “We find ourselves left to ourselves, without supervision or follow-up from professors who make almost no effort. This is obviously not the case for all, there are still a few teachers, who count on the fingers of one hand, give themselves thoroughly for us.”

The strike, which is expected to continue in the coming weeks, has won the support of the National Union of Teachers Hospital Researchers.