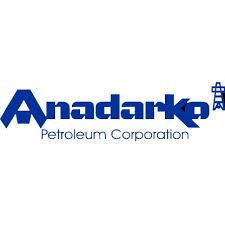 Anadarko Petroleum Corp. has made several leadership changes, including oversight of the company's Algerian operations.

The management changes are part of a wider restructuring plan that included offloading $7.5 billion in assets.

"We have been active in Algeria for more than 25 years, and it continues to be one of our most important international oil-producing assets," John Christiansen, vice president for corporate communications for Houston-headquartered Anadarko, told Maghreb News Wire. "Our three mega projects -- Ourhoud, HBNS and El Merk -- have far surpassed more than 2 billion barrels of gross cumulative production, and they continued to produce almost 360,000 barrels per day during the second quarter of this year."

Ingram, who will also manage worldwide project management and construction, has more than 30 years of experience in the oil and natural gas industry and joined Anadarko in 2015 as executive vice president for Global LNG, the company said in a press release.

Prior to joining Anadarko, Ingram worked with BG Group, where he served as a member of the company's executive committee as an executive vice president overseeing technical. He also held positions with BG Group LNG project in Queensland, Australia, and worked for Occidental Oil and Gas for 20 years.

The changes are part of moves "to reposition and focus its business to deliver better returns and growth across commodity cycles," the company stated.

"By consolidating our leadership structure, we expect to achieve greater consistency and results across the organization with regard to operational execution, health, safety, and environmental performance, and project management," Anadarko Chairman, President and CEO Al Walker said in a statement.